By Barbara L. Wood, Ph.D. APA-CPP Alcoholism and Other Substance Use Disorders on February 3, 2014 • ( Leave a comment ) 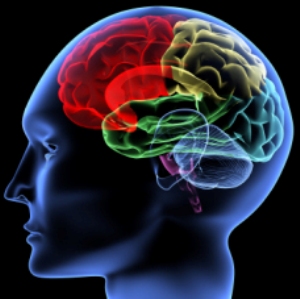 I didn’t really expect the Godfather to figure prominently in any of my blog posts, but I thought that paraphrasing Michael Corleone  here might be a good way to start a discussion about addiction as a disease vs. addiction as a choice.  It is my experience that family members (and addicts themselves) still struggle greatly with the feeling that  excessive drug and alcohol use are essentially moral problems.  So I think it’s always important, in treatment, to look at  the mounting evidence that addiction to substances, as well as certain compulsive activities,  actually change the brain in ways that undermine the ability to make  healthy choices. Learning about the neurological impact of addiction can help everyone affected by it to find compassion for their struggle with a devastating illness.

There is an ever-increasing amount of data, including results  from neuroimaging studies, that support the definition of addiction held by the American Society of Addiction Medicine, which is that,”Addiction is a primary, chronic disease of brain reward, motivation, memory and related circuitry”.  Today we understand for example, how substance abuse and even activities like gambling, affect the action of dopamine in the brain.  Dopamine is the substance released by  neurons in the reward centers of the brain whenever we do something pleasurable.  The brain has evolved to reward us for doing things useful to the survival of the species–such as  eating and procreating, and a flood of dopamine is the reward we get for participating in these activities.  However, drugs of abuse, gambling, binge-eating  and even excessive internet use can cause the reward centers of the brain to release far more dopamine than we’re used to getting, and if this  happens on a regular basis, the brain remodels itself to defend against the flood of  dopamine it’s receiving.  It begins to produce less of the stuff on its own and it becomes less sensitive to  it as well.  As addicts develop this “tolerance” to their drug or activity of choice, they need more and more of it to achieve the pleasure they’re used to getting from their habit, and the brain’s reluctance to produce dopamine on its own means that they also feel less pleasure from doing the things that used to make them happy. Consequently, drug rewards eventually become more important to addicts than anything else. I believe addicts when they tell me that their need to get high  actually makes them stop thinking about other things, including food and including people, that are otherwise important to them.  I believe them because what they’re saying is completely consistent with changes that technology now allows us to  see in the reward centers of  addicts’ brains.

Other parts of addicts’ brains change too.   In addition to this malfunction of the reward circuitry, there is a weakening of the executive control mechanisms in the pre-frontal cortex.  This is the  part of the brain that  helps people to regulate emotions and impulsive behavior.  So heavy drinking (including intermittent binge drinking) undermines the very functions that are needed to make healthy decisions about future drinking. Moreover,   the brain isn’t so quick to heal once someone abstains from alcohol and other drug use. A recent study of current and former cocaine users for example,  found that even after 4 years of abstinence, there were abnormalities in some brain regions involved with reward processing.

But family members , friends and romantic partners can’t see a broken brain the way they can see a broken leg, and so the addict’s destructive behaviors  feel very  personal to them.  It really  hurts to come in a distant second, time and time again, to opportunities to drink or drug. It hurts to be lied to,  stolen from and blamed for everything that goes wrong in a relationship.  These and other terrible betrayals actually cause a cascade of stress-related changes in the brains of people who love addicts.  Or, to state it a little less clinically, the addict breaks their hearts.

One thing that is probably terribly confusing to  loved ones is that an addict’s “executive functions”, including the ability to make good decisions, are impaired well before there is an overall decline in mental functioning. A study out of Harvard, that will be published in April 2014, indicates that alcohol abuse causes damage to the frontal lobes of the brain that can cause people to  exhibit inflexible behavior and thinking  as well as difficulty controlling injurious behaviors,  even before they manifest common signs of alcohol dependence– and  even though they are able to do quite well at many every day tasks.  The researchers give the example  of a skilled professional who can perform at a high level at work, in activities requiring good “temporal and spatial orientation, naming things, and calculations” .  They note that the  same individual might still make a terrible decision when confronted with a situation that occurs while driving, such as when  “a soccer ball unexpectedly crosses in front of his or her car, likely followed by a child.” http://www.sciencedaily.com/releases/2013/11/131119193624.htm. This is a very  frightening scenario and a good explanation for why an addict’s terrible decisions feel so personal.

Is addiction ever a choice?  I think there are points in the course of the disease, and at various points in the disease process at which important choices including the choice to get help, can be made. And I think that even something that seems like a small decision, like getting out of bed to go to a meeting, or choosing not to drive by a favorite bar on the way home from work can have very important ramifications.  But I don’t believe that people freely choose the misery of a life of enslavement to a substance or an activity. Nor do I believe that addicts are in their right minds when they engage in behaviors that harm themselves or others. To carry forward with the cinematic theme I began with, genetics, trauma and brain chemistry are the usual suspects when people fall into addiction.  It’s a tough combo to beat, and shame about moral failings usually doesn’t help people get up and fight back.  Understanding and accepting that there is an impersonal and relentless disease process at work, and that there are interventions that can help a damaged brain to heal, just might.