By Barbara L. Wood, Ph.D. APA-CPP Alcoholism and Other Substance Use Disorders on February 9, 2014 • ( Leave a comment )

SAMHSA To Treatment Community: Heroin Contaminated with Fentanyl Linked to Increase in Deaths 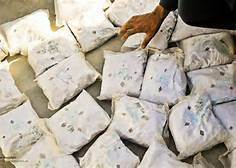 “Fentanyl is a form of opioid, and when used in combination with heroin, can cause severe injury and even death. There have been 17 deaths linked to the possible use of fentanyl-contaminated heroin in the Pittsburgh, Pa. area alone since January 24, 2014. In January, there were 22 such deaths reported in Rhode Island. These trends can expand quickly to include large and more distant geographic areas of the country. There have already been reported cases in New Jersey and Vermont.”

This Bulletin from SAMSHA notes that the new advisory requests that treatment providers alert patients and the larger  community  to be alert to the increased risk of a fatal overdose. It adds that  SAMHSA recently released an Opioid Overdose Toolkit containing information on recognizing and responding appropriately to overdose that can be read or downloaded at: http://store.samhsa.gov/product/Opioid-Overdose-Prevention-Toolkit/SMA13-4742.