By Barbara L. Wood, Ph.D. APA-CPP Alcoholism and Other Substance Use Disorders on February 20, 2014 • ( Leave a comment )

New York Times: When Marijuana Looks Like Candy, Not Drugs 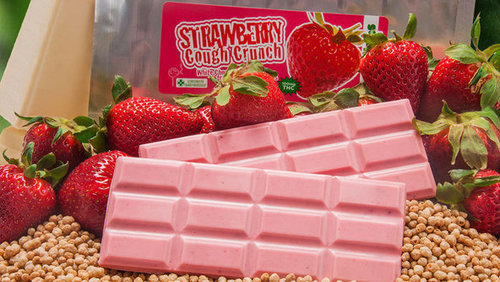 KJ Dell’Antonia:  “Drugs as cookies mean I have to talk to my older children about drugs without the natural barriers created by the need to shoot them into veins, roll them up and smoke them, or ingest them in other complicated ways. Drugs as gummy bears mean I need to teach my younger children about eating candy found in unexpected places. Drugs as chocolate mean we’re going to need to talk to our children and teenagers, particularly our daughters, about the dangers of treats from unexpected or unfamiliar sources.”

An opinion piece in the New York Times about the fact that legally obtained marijuana comes packaged in ways that appeal to children and adolescents and sometimes are barely recognizable as a psychoactive drug. (See also That Six Serving Bar of Marijuana Chocolate? My son ate it –-another op ed piece by a mother whose college age son unwittingly devoured a 4/20 bar intended for six people thinking it was a candy bar he could consume while preparing dinner and ended up in the ER). KJ Dell’Antonia points out that  many of these products would look perfectly at home on the shelves of Whole Foods:

“Their labels are, at least, far from off-putting. They vary in how prominent their warnings about their content are, and it’s easy to imagine a child happily opening any of them to try them out — they look good, they’re intended to taste good, and they’re packaged like food, not medicine.”

She rightly notes that it’s incumbent upon parents to think about how they are going to talk to children about “marijuana as candy” and to think about what help to insist upon from its producers and how “broadly legalized pot fits into family life.”