By Barbara L. Wood, Ph.D. APA-CPP Alcoholism and Other Substance Use Disorders on February 24, 2015 • ( Leave a comment ) 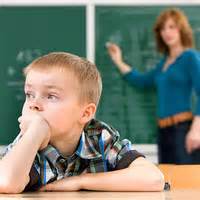 A new study  published  in the journal Addictive Behaviors and reported on HealthDay   has important implications for parents of children with Attention-Deficit Hyperactivity Disorder (ADHD), as well as  educators and health professionals who are involved with these children. The results of the study  suggest that education about psychoactive substances, as well as  other  prevention efforts should begin earlier for children with ADHD because,   “among people who use illicit drugs those with attention-deficit/hyperactivity disorder…start using  alcohol at 13, or about 1.5 years before those without the disorder.

The lead author on this project,  Eugene Dunne, a doctoral student in clinical and health psychology, emphasized that it could not prove cause and effect but that pattern was one that is commonly seen, “with alcohol being the first reported, followed very closely by cigarettes, then leading to marijuana and eventually more illicit drugs such as cocaine and heroin.”

The HealthDay article queried child psychiatrists and experts in developmental and behavioral pediatrics who suggested that because those with ADHD frequently  also suffer from anxiety symptoms as well, alcohol and other central nervous system depressants may be used to alleviate anxiety and temporarily elevate mood.   Others cautioned that children with ADHD are not destined to develop substance abuse disorders. Notably, this study did not gather information about what type of ADHD subjects had or whether they received effective treatment for the disorder.

A 2008 study by Volkow and Swanson found no evidence that  childhood treatment with stimulant medication decreases the high risk of substance abuse among those with a diagnosis of ADHD. However, a more recent study in the British Journal of Psychiatry (July 11 2013) and reported on Medscape  found that “adolescents with ADHD who were not treated with a stimulant medication for their disorder had a 2-fold increased risk of developing an SUD compared with their counterparts who were treated.”  In any case, the current study highlights the need, as its authors suggest, for  substance use prevention programs to begin at an earlier age among teens with ADHD. Volkow and Swanson made a similar recommendation for the development of integrated treatments that target both ADHD and substance abuse. In my experience, the anxiety that is  so often seen in conjunction with ADHD frequently stems from misconceptions among parents and teachers about the disorder.  For example, it is very difficult for parents and teachers to understand why students with ADHD can perform in an exemplary fashion at some tasks, under certain conditions, and then perform abysmally in others (where for example, sustained attention to a boring task might be required).  When parents and teachers default to the “lazy, bad, stupid” hypothesis to explain these discrepancies, this provokes anxiety and undermines self-esteem in children with ADHD.  So education about the neurology of ADHD and the relationship between ADHD and substance abuse is as  important for parents and teachers as it is for students–and, clearly, as early as possible.