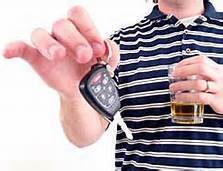 A study published in Alcoholism: Clinical & Experimental Research has confirmed that not only does alcohol impair ECF (Executive Cognitive Functioning) but, surprisingly, are more impaired when blood alcohol levels are falling than when they are rising.

Investigators from McGill University found, in this study with 41 participants, that when people drink, stimulation occurs while blood alcohol levels are rising, and sedation is the prominent experience when BAC is falling. Intoxicated participants had impaired ECF under both conditions, but to the investigators surprise, greater ECF impairment on the descending bac “limb”, particularly with respect to spatial functioning. They noted that,”Although ‘intoxication’ clearly lasts a long time, you don’t have the same feedback of feeling intoxicated on the descending limb. You have a different perception of what your decrements are when you ‘feel’ intoxicated and energized versus when you think, ‘hey, I’m getting sober.’ Yet our findings show that even when you’re at the same blood alcohol level on the downward limb, you have more pronounced deficits.”

The researchers noted the obvious implications for driving and added that, “People who think they’ve waited their two hours before driving home may need to actually wait six hours. Or else, maybe at the time when you least expect it, you’re the most vulnerable.”